Typography – ahhh, I even love the sound of the word, and the way it looks in print.  Last year I bought a couple-few books on type to add to my bookshelves and to my wee bit of knowledge about this fascinating subject. 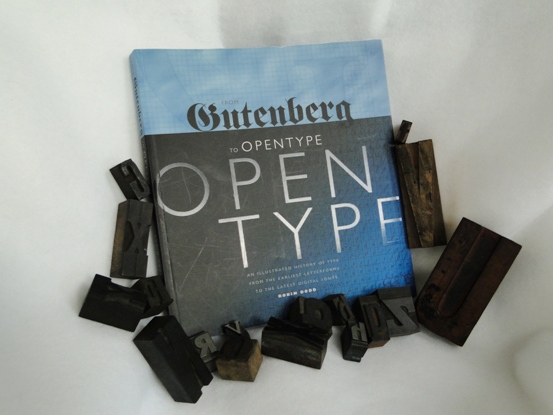 One I’m enjoying working my way through is From Gutenberg to OPENTYPE – An Illustrated History of Type from the Earliest Letterforms to the Latest Digital Fonts by Robin Dodd (Hartley & Marks, 2006).  The author is a London design consultant and lecturer specializing in design history and typographic theory.  Full of lively illustrations and examples, it’s an approachable, fun treatment of a big subject.

In researching a poem I’m working on, I found it necessary to revisit Mr. Gutenberg.

Johannes Gutenberg was born around or before 1400 in the German town of Mainz, where he died in 1468.  Between 1440 and 1450, he produced the first-known book printed from movable metal types.  Claims have been made that other inventors in other countries beat him to it, but it’s generally accepted that Gutenberg’s books were the first made this way. 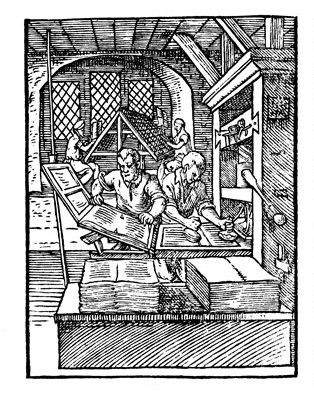 “Gutenberg’s achievement was to invent a system of mass production, enabling books to be produced in greater numbers and more economically,” Dodd writes.  “His invention played a fundamental role in the development of the modern world, and was the single most important factor in the spread of knowledge and the move toward universal literacy in the West.” 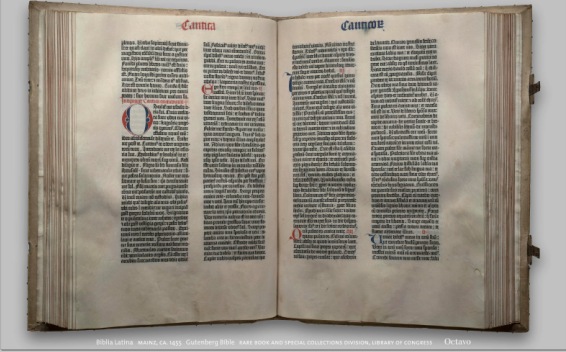 His masterpiece was his Bible (completed around 1455), in the Latin “Vulgate” translation, embodying two 42-line columns on each page.  Called The Mazarin Bible, its 1200-some pages were printed in two volumes. Dodd writes that about 180 copies were printed, and about 48 survive.

I didn’t realize that Gutenberg sought to imitate the handwritten nature of original manuscripts.

“His typeface was based on Textura, the formal script of northern Germany,” Dodd writes.  “Research suggests that to imitate the inconsistencies and abbreviations that appear in a handwritten manuscript, Gutenberg must have cast at least 300 characters in order to provide slight variations of letterform throughout the text.”

Fascinating, no? And somehow it makes me admire the process all the more.

The Library of Congress website says of our special guest today: “Gutenberg’s invention of the mechanical printing press made it possible for the accumulated knowledge of the human race to become the common property of every person who knew how to read—an immense forward step in the emancipation of the human mind.”

As you go about your day and come across the printed word, give a little nod of thanks to our old friend Gutenberg.  It would be impossible to imagine our modern world without him.

Somewhere between my youngest’s graduation over the weekend, out of town company, and a visit to the oral surgeon for said graduate with a newly scheduled wisdom tooth removal for Wed. morning, I didn’t quite scare up a post.  Thanks to anyone for checking in, and I’ll be back next week!

Greetings!  I hope your May is blossoming with creative inspiration.  On the home front, we’ve been travelling  – to Beaufort, S. C. Beaufort was just voted the “happiest seaside town”  by Coastal Living Magazine.  Home to several thriving art galleries, it’s also on the list of Best 100 Art Towns in America. 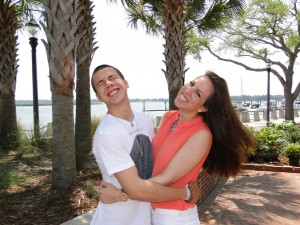 Now that we’re back home, we’re gearing up for Seth’s graduation from high school this weekend.  For today’s “something to look at,” here’s a project he recently completed for his independent study art class this year.  It’s an etching, hand-colored with watercolor:

Morgan will be getting her hands messy this summer, too – fulfilling her art education requirements for her elementary education major.  She’s quite crafty, so I’ll be able to share something she whips up here soon I’m sure!

Wishing you creative inspiration wherever life finds you this May, and generous folks to share it with. 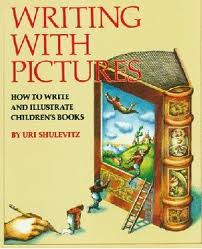 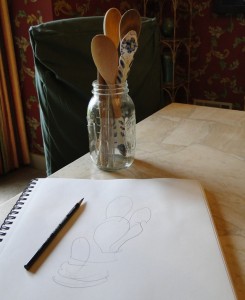 Want to strengthen your drawing AND maybe your writing, too? Try blind contours!

A couple of weeks ago, poet, author and writing teacher Amy Ludwig VanDerwater kindly came by to share her “Drawing into Poems” project.  I’ve been thinking about connections between drawing (slowing down to notice details) and writing (sharing details through words).  So for my monthly poetry column today over at Janice Hardy’s The Other Side of the Story, I talk about all this, with a mini blind contour drawing session to boot.

If any of that sounds interesting to you, I invite you to click on over and share your thoughts!  Happy Creating.